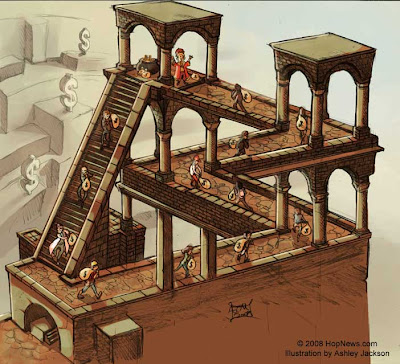 Around fifteen years ago, when cell phones were becoming more commonplace, I was still a hold-out. But there were those moments, initially maybe every few days and then eventually more often, when I really wished I had one. I called those “cell phone moments”, and when my “cell phone moments” were strung together like a pearl necklace, I finally succumbed. Lately I’ve been having another type of “moment”, only this one I call “wish I had an economist to ask that question” moment. These moments are becoming more and more frequent as I listen to the news. So instead of depriving myself of an economist, as I had done with my cell phone, I reached out to one of my favorites, Dr. Randy Albelda. Randy is a professor at University of Massachusetts in Boston who I’ve known since WAAAY back in the 1980s. At the time, she was heading up the Massachusetts State Senate's Taxation Committee and then later the legislature's Special Commission on Tax Reform, and I was running a program called the Massachusetts Women’s Budget Project.

The Women’s Budget Project brought together advocates representing thirteen different social and economic programs affecting women and children, in an effort to coordinate our advocacy efforts. While we had become great at articulating the amount of funding we wanted from state legislators for our programs, we had no idea where the funding would come from. Consequently, our advocacy efforts were undercut when politicians told us, “Sure, I agree with you, but we don’t have the funding”. We knew had to get savvy about the revenue side, to understand how money could be generated to pay for the critical programs and services we were fighting for.

In walked Randy, a brilliant economist who helped us make those links, so that when we spoke with the politician who said, “Sorry, no money”, we could return with, “Well then, we need to generate tax revenue fairly so our programs can be funded”. Maybe these days, more people understand that the funding side of the budget is connected to the taxation side, but it’s still pretty complicated. 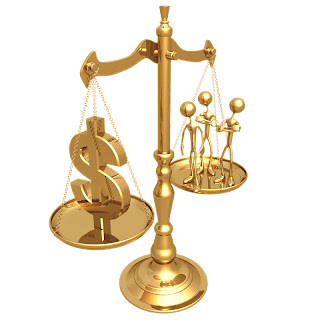 Lately, as I’m listening to the economic policies of candidates in our Presidential election, I have had more than a few “wish I had an economist to ask that question” moments. So I wrote a note to my favorite one, and she has kindly agreed to answer three top questions about the economy. In order to select the top three – because there have to be at least ten or twenty or more top questions – I queried my sociology colleagues from the national feminist sociology organization, Sociologists for Women in Society http://www.socwomen.org. In response to my request for questions, a number of people (see list at end of post) offered some excellent choices. Randy and I have selected the ones we think are most on people’s minds.

By the way, after reading this post, if you’re interested in reading other writing by Randy, she has published some very cool books that address labor economics and women’s economic status, including: Glass Ceilings and Bottomless Pits (with Tilly), which I’ve used in many courses I have taught, as well as others like Unlevel Playing Fields: Understanding Wage Inequality and Discrimination (with Drago and Shulman) and Counting on Carework: Human Infrastructure in Massachusetts (with Duffy and Folbre).

Question # 1: What is trickle-down economics and does it work? Dr. Albelda: Trickle-down economics is an extension of University Chicago style economics that argues if you give rich people more money (mostly through tax cuts for the rich) they will invest it in new plants and equipment and create jobs. The latest incarnation of this is to talk about the 1% as “job creators.” It hasn’t worked in the recent past, isn’t working now and won’t work in the future. In the 1980s I co-authored a book called “Mink Coats Don’t Trickle Down” http://www.amazon.com/Mink-Coats-Dont-Trickle-Down/dp/0896083284 which summarizes the problem. Speculative activity, Cayman Island off source accounts, and buying up of smaller firms, do not create jobs. In fact this activity is more likely to destroy jobs. More importantly, trickle-down economics as tax cuts for the rich has increased the deficit in non-productive ways. It promises to do even more of that, providing the ammunition to cut government spending that does create jobs and make productive investments in the population.


Q: You say that trickle-down economics as tax cuts for the rich has increased the deficit in non-productive ways. I kind of get that. But what is a productive way to tackle the deficit?

Dr. Albelda:  I reject the idea that the large deficit is the biggest problem we face. Deficits are not bad if they are the result of borrowing to keep the economy afloat and to make the kind of investments we need in human and physical infrastructure. So, as the economy improves the deficit will be reduced. We do NOT need to slash social security, Medicaid, Medicare, Food Stamps, and aid to states and localities. Indeed, to do so will reduce economic growth. We do need to increase taxes on those who can afford.

Question #2: How can sustainable growth be enacted that can benefit the whole population rather than the 1%?

Dr. Albelda: Economic relations and activity are socially constructed, not unlike race and gender. In short, they are what we make them to be. There is nothing “natural” about the way we organize the production and distribution of goods and services. In that sense it is all man-made (yes, I meant to say “man” made). They are contested. But they are hard to change because those that gain from the current system (and care little about sustainability) fight to keep it. Further, there are powerful symbolical and embedded views about the ways in which our current systems work that are hard to change. The way to enact sustainable growth is to mobilize, reshape the debate and demand it.


Q: I don’t mean to open up Pandora’s Box, but can you say what you mean by “powerful symbolic and embedded views about the ways our current system works”? 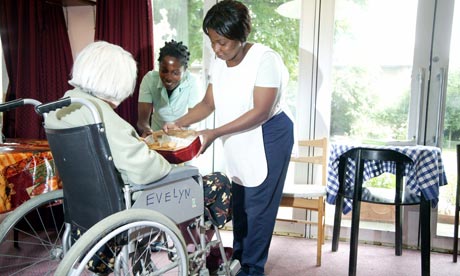 Dr. Albelda:  What I mean is the unquestioned faith that markets work well for everyone and that the “economy” can only be understood by particular experts. This ideological reverence to mainstream economics is incredibly detrimental to the bottom half of the population and to women. For example, paid care work – mostly done by women – is typically low paying, despite its importance to families and society. This is not difficult to understand or show. Yet, when advocates argue to include home health aides under the purview of the Fair Labor Standards Act to be covered by the minimum wage, businesses pull out what are essentially ideological (i.e. what they believe, not what the evidence shows) arguments that will reduce employment dramatically and hurt the very people it is intended to help. They muster up market-based theory to justify and promote inequality.

Question #3: What is the connection between women's reproductive control and the economy?

Dr. Albelda: Women’s reproductive control allows women to take economic control over their own lives. Timing the birth of children provides women with more control over education, marriage and employment decisions – the keys to women’s economic well-being. There are larger economic implications as well. Certainly population growth, which has all sorts of economic implications, is tied to women’s reproductive control.

Q: Can you give a few examples of the economic implications of population growth and women’s reproductive control?

Dr. Albelda:  In developing countries, there has always been concern about over-population. Indeed, economics got its reputation as the “dismal science” due to 19th century economic writings that argued the population would grow faster than food production inducing widespread famine and death. So there has always been a concern over women’s reproduction and population size. Currently, Japan and many European countries are concerned with low fertility rates and economic growth. But instead of reducing women’s reproductive control, they have enacted more mother-friendly employment policies.

Question #4: Is there any hope for creating meaningful work for people without college degrees in the US or globally? Is it possible to have an economy where everyone goes to college and gets a high skill job?

Dr. Albelda: The quality of jobs – even and especially those held by people without college degrees – are not pre-determined. They are created and contested. I would argue that cleaning buildings is far more meaningful work than managing a private equity firm. Yet, the pay and job conditions are vastly different. There is dignity in most work, so that is not the issue. I do not think it is possible or desirable for everyone to go to college – especially when it is so costly. Instead, I think we can do a much better job at training – including a public education system – and we can improve the quality of low-wage work. This can be done by increasing minimum wage, by providing paid time off, retirement plans, and mechanisms to bargain over flexibility. This is an issue of distribution. There is mounting evidence that reducing inequality in the US will actually increase growth. While unchecked growth is likely detrimental, growth in and of itself is not inherently bad. Shared growth and sustainable growth is a desirable outcome. We only get these when we make economic production more democratic that it currently is.


Thanks to the following sociologist colleagues for their questions (in alphabetical order):

Posted by Mindy Fried Arbor Consulting Partners at 9:45 AM 1 comment: