First job after college: dancing precariously into the future…

As our daughter goes into her final year of college, I have begun to feel a sense of trepidation about what comes next. The seniors I taught this past semester are already going into panic mode as they face a very uncertain future. Regardless of all the internships and community service experiences they are accruing, there’s no avoiding the dour statistics for young college graduates. When one student came to me, asking for advice about applying for a consulting job that was way beyond her reach, I found myself counseling her about the virtues of working in a coffee shop. So what if she’s an international relations major! 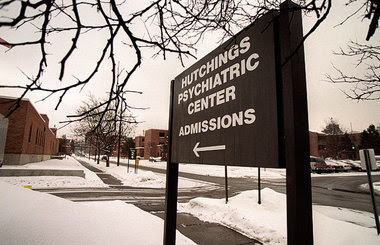 My first “real” job after graduating college was working in a state psychiatric hospital. This seemed like a “natural” place to be, since one whole side of my family was riddled with serious psychiatric disorders. Between an aunt with agoraphobia who never left her house, an aunt and an uncle who had “manic-depression” (now called bipolar disorder, a much more “respectable” name), and a mother who struggled with clinical depression and alcoholism, I was quite at home working in an institution for people with severe mental health problems.

I had been a dancer for many of my young years, and my professional goal – if one could call it that– was to somehow combine my interest in helping people with my passion for dance. I lucked out, since the field of dance therapy was just emerging, and one of the first certified dance therapists in the U.S. was willing to train me during my senior year of college. When I graduated, the state psych hospital was hiring tons of young college graduates. This was the early ‘70s, when thousands of patients, people who had spent years, sometimes decades, living in inside the walls of state hospitals, were released into the community in a move to “de-institutionalize” them. The motive was humanitarian, but the upshot for many of the patients was downright cruel. Nonetheless, it did mean that a lot of my friends and I had jobs.

I was hired as the institution’s dance therapist – and worked with people who were still living “inside” the institution, as well as out-patients that were being transitioned into a day treatment program. I fell in love with schizophrenics who were smart and spoke in metaphors that seemed poetic and deep. Because I was a professional dancer in a mental hospital, many of the institution’s rules did not seem to apply to me. Or at least that’s what I thought and how I behaved… More than once, I led a group of patients in a snake line through the hallways, and we seemed off-limits to criticism, as this “crazy” activity was “therapy”! It felt downright revolutionary!

While this experience – working in an institution – wasn’t where I “landed” professionally, it was nothing short of a profound experience. I will never forget one of my out-patients, a diminutive woman named Ruth, who had spent her entire adult life imprisoned in the psych hospital. Ruth held her body like a tight fist, and stood all day, rocking rhythmically back and forth. I still feel teary when I think about her. There was another man who is seared in my mind: a tall, broad gentleman in a perpetual cowboy hat who people called “the Captain”. He was a man of few words, and those words were garbled, but he had a jovial demeanor. One of my most glorious days with him was when I took him for drive in the country, with two other patients. Outside it was minus forty degrees; but inside the car, with sun shining through the windows, it felt warm and protective. He said little throughout this drive, just smiled…

By the time I had been hired to work as a dance therapist at the state psych center, sociologist Erving Goffman had already published his seminal book Asylums: Essays on the Social Situation of Mental Patients and Other Inmates. One of Goffman’s greatest contributions was his critique of what he called “total institutions”, which included mental hospitals and prisons. Goffman argued that total institutions had a high degree of regimentation, and an elaborate privilege system. He described relations between staff and patients (or inmates) as caste-like, with detailed “rules” of deference and demeanor. One of the my favorite co-workers at Hutchings, a friendly and clever guy named Willie who was the janitor, surely understood Goffman’s analysis when he changed his first name from Willie to “Doctor”. Whenever anyone wanted his services, they would yell “Doctor” and he came running with a smirk on his face.

I knew nothing of Goffman while I was working in an institutional setting. But now, as I reflect on my first post-college job, and after studying this brilliant sociologist in graduate school and using his analyses in a class I now teach about the sociology of aging, it all comes back to me. First, I lived what Goffman described and then I was able to understand his theoretical frameworks, drawing upon my own experience. As my father used to say, everything we do in life accrues and has meaning. This has to be true, as well, for college students who are graduating to a lousy economy and a dearth of employment opportunities that “fit” with their majors. 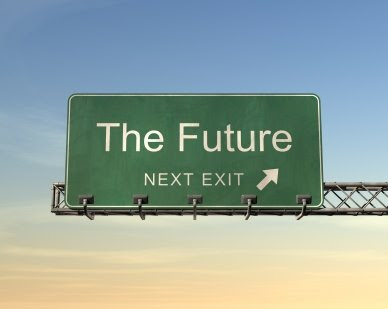 Despite the draw of my first job, I realized within a year that I wasn’t going to last. I was too young, too inexperienced and too critical of the institution to stay. While I found the out-patients I was assigned to counsel interesting, I had no real training. And even though I was a good listener, I fought back tears every time a “client” expressed sadness or joy. What drove me to work at this state psych hospital – working with really troubled people – ultimately became the reason I had to leave. Ultimately, it wasn’t the right fit, even though it seemed right at the time. With a far more robust economy than we have today, I had saved up enough cash that year to travel in Europe for nearly a year, and that’s what I did!

While my career as a dance therapist came to a halt, my original passion – dance – continued to be my life-line for decades until around ten years ago, when I experienced a serious injury. For a year, I was in persistent pain and could barely move, much less dance. With the sudden loss of the activity that centered me and gave me such joy, I plunged into a deep depression and felt overtaken by panic, fearful that I would never heal. Like many back-pain sufferers, I bounced around to various practitioners, many of whom got frustrated with me because I wasn’t getting better. In one pain clinic, a doctor yelled at me, saying that I was fine. In another back healing program, a doctor challenged ME to figure out what the problem was, because she could not. Other practitioners told me that I wouldn’t heal if I stayed depressed and anxious. A true chicken and egg problem…

During this time, I had a glimpse of what my patients from many years before had experienced. The one person who comes to mind, in particular, is a young woman who was around my age and had participated in an ongoing dance session I held for outpatients. I never knew what her story was; only that she was struggling with depression and had obviously spent time in the hospital itself, which meant that she had been in the role of “patient”, complete with the dehumanization that comes with that experience. She came up to me after one of our dance sessions and thanked me, saying it was the one thing in that setting made her feel “normal”. 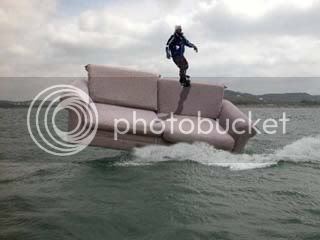 How are young, college-educated people dealing with this lousy economy, saddled with debt and poor prospects for a job? A number of young people I know are living at home, and working in unpaid internships that they hope will lead to a paid job. I know one young person who dropped out of college in her freshman year and learned how to do organic farming. Now she’s running a business where she creates peace gardens for interested clients. And I know another young person who couch-surfed for a few months, and then got a job sailing someone’s boat down to the Virgin Islands. At one point, during an intense storm, he wondered if he was even going to make it… I can imagine that he is not the only one feeling that way.

Over time, I have come to realize that we humans are drawn to different types of work at different stages of our lives, and often there is a reason. I happened to work at a mental hospital because it grabbed me emotionally – and that’s where there were jobs. But even then, when the economy was decent, that first job out was hit or miss. The thing that sustained me was dance. It continues to be my way in, and my way out. When I think about my own daughter – and all the young people I encounter these days – what I wish for them is the courage to follow their passion, and then feel okay about whatever job or internship (or whatever) they find, knowing that those things may not be the same thing. At least for now. 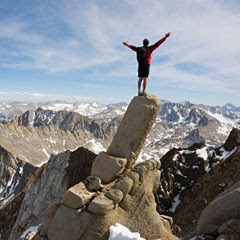 Posted by Mindy Fried Arbor Consulting Partners at 9:00 AM 9 comments: