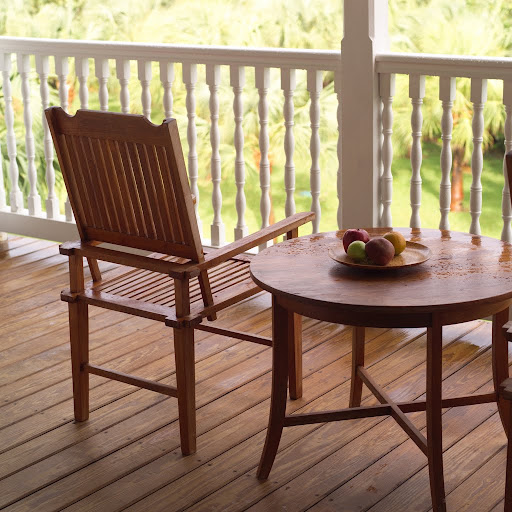 Joan and Warren lived next door. They were in the first-floor apartment of a modest, fading yellow, two-family house. Father and daughter, they had been living in that apartment for some 15 years. Before that, they lived in an apartment down the street, but the landlord raised the rent far beyond their means, and gave them no option but to move out. At the time, the neighbors were outraged. In their neighborhood, they said, people stayed forever, so the idea that a landlord could throw out one of their own was antithetical to "how things were done around here." Shunning the landlord, the neighbors banded together and found them another apartment right down the street. When Joan and Warren moved into the faded yellow two-family, they pledged never to move again. People lived their whole lives in this neighborhood. Why shouldn't they?

Despite an age gap of 30 years, many people mistook Joan and Warren for husband and wife. Maybe it was how they related to one another; maybe it was how they finished each other's sentences, or made similar sarcastic jokes with a twinkle in their eyes. Joan and Warren even looked alike. Not just a little alike, but a lot alike, with but a few distinctions. Warren was large and tall to Joan's short and stout. Joan hid her plump body in old wool, Catholic-plaid smocks, and comfortable old sweaters that united any division between breasts and belly. Warren wore flannel shirts and baggy pants, held up by a worn leather belt that had an extra six inches hanging off the buckle. Both of them had chins that receded into their necks, doubling and tripling in folds of skin. But Joan's chin was framed by curly, blond waves and Warren always covered his head with a railroad hat he constantly readjusted.

On the weekdays, Joan left early for her teaching job at a local parochial school, but after work and on the weekends, she devoted herself to her father. Despite her easy-going personality, Joan didn't seem to have many friends. In fact, Warren - her father - appeared to be her only friend. Since Warren's knees "went" on him years ago, as he told me, he wasn't able to walk very well, so he rarely left the house. Despite his maladies and the relative sameness of his days, Warren managed to maintain a chipper demeanor, sitting on the front porch in good weather and watching the world go by. He was limited by his health, and rarely had visitors, but he always seemed upbeat.

According to Harvard University-based psychiatrist George Vaillant, who studied the lives of 824 men and women over a 30-year period, "objective good physical health (is) less important to successful aging than subjective good health." In other words, older people continue to function pretty well, as long as they don't feel sick, and while we didn't know much about Warren's health, he certainly did not project the image of a sick man.
My daughter once interviewed Warren for an elementary school project, one of those-talk-to-someone-who-lived-through-the-war assignments. When we rang their doorbell, we could hear Warren shuffling slowly to open the door, accompanied by the thump-thump of his cane. Opening the door with a welcoming smile, we could see that he was tickled we were there. And as we entered their cluttered, old-fashioned apartment, we were struck by the sweet smell of Joan's homemade brownies she had baked for this special occasion. As my daughter nervously prepared to ask her questions, Warren said self-deprecatingly, "What do I have to say?", with the emphasis on the word, "I". And then he launched into stories of his past.


After the interview, I didn't see Joan and Warren for a few weeks. Joan's schedule was hectic, she told me one day, when we ran into her. The end-of-the-year school party was coming up, and her kids were "goin' nuts," she said. And then she chuckled, letting us know that she actually liked the chaos of her kids going nuts. She also told me, almost in passing, that her landlady, who had been in a nursing homes for many years, had just died. This meant that the owner's family would have to decide what to do with their house. It had never occurred to me that Joan and Warren might face another change...
But pretty soon the activity around the house picked up, as estranged family members began to lay claim on items they had inherited. Hungrily, they dragged out furniture, appliances, aged stereo equipment and pottery, hauling them into station wagons and SUVs. They also discovered that what used to be a working-class neighborhood many years ago had become a gentrified, sought-after neighborhood; and what had been an inexpensive house many years ago had soared in value. Rumors began to fly about what the family would do with the house. Would they sell it? Would one or some of them move in? And what would happen with Joan and Warren?
Finally, the house went on the market, and for two weeks, hoards of buyers came and went, gliding with ease through the upper two floors of this simple home, its rooms clean and ready for the next owner. They seemed to save their perusal of the first floor until last, more daintily tiptoeing through Joan and Warren's apartment, which was cluttered with memorabilia, dusty with age and daily living.

When they reached the living room, there sat Warren, firmly planted in front of his television set, refusing to move to make it easier for real estate brokers to "show" the house. He was a part of the house, almost seemed like he came with it, one might say. So why should he move, just so some rich people could sashay through the house, looking at its "potential". As the days progressed and no one had ostensibly made an offer on the house, there was rumor that maybe the market had slowed down. But after a couple of weeks, the house sold at a good profit.

Joan and Warren hoped that the new owners wouldn't raise the rent, but they were getting nervous. When I saw Joan the next day, her eyes were red and her face bloated. "What will happen now?", I asked. She shrugged, looking embarrassed. "I'm not sure, but the new people seem pretty nice," she replied. Maybe they would stay, I thought, feeling more hopeful for them. I wished her "the best of luck," then felt the emptiness of those words. Shortly after we spoke, Joan got into her car and drove off to work.
When she drove back into her driveway later that day, her car was filled with empty boxes, in anticipation of the inevitable move. She slowed her car down for a group of kids playing soccer in the street, and waved first at them and then at the parents who were monitoring them. Slipping into her house, she self-consciously avoided conversation, but the parents on the street were painfully aware of her presence and concerned about both her and her father. Another parent and I started talking about helping her find a new home, but our conversation was interrupted by a piercing scream, coming from inside their home.
Somehow at first, the kids didn't hear it. In the midst of their game, maybe it seemed like just another loud sound. I ran to Joan and Warren's front door, which was ajar, and let myself into the apartment. And there, on the floor, was Warren, lying motionless, with Joan lying on top of him, sobbing...

The next few hours, we all learned that Warren had died of a heart attack. The younger kids were initially oblivious, but the older ones, particularly my daughter and her best friend, began to cry. The cries became wails that were deep and loud and persisted for about an hour, capturing a raw grief that many of the adults shared but couldn't express so freely. As the ambulance came and took Warren away, the younger ones were shuffled back to their homes, perhaps to protect them from that visual impression, and certainly to respect Joan in that painful moment.
Would it be too simple to say that gentrification killed Warren? It would be hard to make the causal connection, but perhaps there is a correlation, as Warren was forced to experience the stress of losing his home, again. Ironically, Warren was right when he claimed that this was going to be his last home. Ultimately, the power of the market won, as the highest bidder got the house, and with it, the legal right to determine whether or not to raise the rent, or for that matter, to take over the whole house. That evening, my daughter remembered that she had the tape from her interview with Warren, and asked if she could give it to Joan. "Sure," I said, "but let's wait a little while." 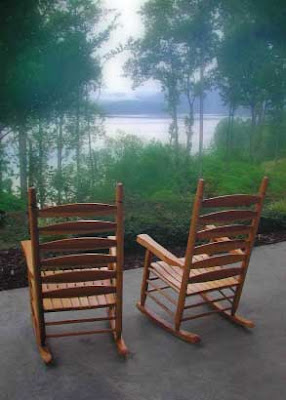 Posted by Mindy Fried Arbor Consulting Partners at 11:30 AM