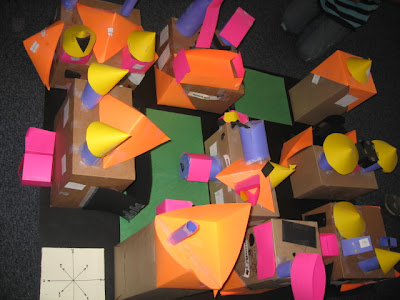 Federal funding for the arts is on the chopping block again. Why should we care?

The arts have a powerful impact on young people, providing a critical outlet for self-expression and creativity. In my work evaluating arts education programs, I have seen hundreds of young children come alive when they engage in arts-based activities that involve dance, theater, visual arts and music. While this exposure to the arts is important in- and of-itself, there is substantial research that links arts-based learning to students' development of core academic skills, including literacy and numeracy.

In Critical Links, one of the tomes of arts-based research, musician and researcher Larry Scripp cites multiple studies that link music education to spatial-temporal reasoning (Hetland, 2000a & b), achievement in math (Vaughn, 2000), achievement in reading (Butzlaff, 2000), and the reinforcement of social-emotional or behavioral objectives (Standley, 1996). A Harvard University study found that high school students who studied Shakespeare plays and then performed them developed a deeper understanding of the complexity of the plays.

"Their feelings and emotions about the plays were linked to achieving deeper understanding of Shakespeare's plays and were often a critical entry point to engagement with the plays." (Harvard Project Zero)


Other research demonstrates links between the arts and creative thinking. And in my own research on the effect of arts-based programming, I found that teachers who implemented arts-integrated curriculum into their classroom had increased enthusiasm for teaching as they observed the positive response from students, both in terms of their attitude towards learning, as well as their ability to learn.

As one teacher told me,

"I think (arts-integrated learning) helps kids get in touch with their own feelings and their own thoughts in a way that they wouldn't otherwise...By getting them in there, using voice or sound or vision, it enables them to really envelop the content. I think that's really important...It's just good teaching." I observed a fascinating unit created by a science specialist and classroom teacher about the solar system, which incorporated a "sensory walk" and other visual arts experiences. They had a great time developing their audio for the "walk" using garage band. Not only did they enjoy preparing for this unit; they both agreed that their elementary age students were far more engaged and better understood the material after this exploration.

These research findings are just the tip of the iceberg!

Kevin Spacey has become the latest celebrity advocate for arts education, and he is a welcome player. In a statement to the Associated Press, he says,"To me, it is important to absolutely embrace arts and culture and the creative industries and what they bring to our nation. It is the single greatest export we exchange around the world."

Spacey also gives a moving tribute to the importance of the arts and arts-based teaching and learning:
http://www.youtube.com/watch?v=SmrJ7OHdlkk

We have a lot of educating and advocacy to do before the federal budget is finalized!  House Republicans cut $40M out of a relatively small $168M annual budget for the arts, although this cut is subject to Senate negotiations. And Obama's proposed 2012 budget calls for a $22M reduction. Others would like to put all arts funding on the chopping block, including Sarah Palin, who told Fox News' Sean Hannity that government spending on the arts is "frivolous."

"Without a lot of time to understand what this sector means and how it can contribute, (the arts are) lumped along with everything that can be cut to make a smaller government."

It's not too late to contact your Congressperson to tell her/him that you support the arts and arts education!
http://www.artsusa.org/get_involved/advocate.asp

As Democratic Rep. James Moran of Virginia recently said, the government is buying fighter jets that each cost as much as the annual budget of the National Endowment for the Arts. He comments:

"We are not a poor country. We are a wealthy country, but our real power comes from the power of our ideas... This is not about saving money.  This is ideological."